The popularity of Bhojpuri film industry is increasing a lot these days. Along with Hindi cinema, now the trend of Bhojpuri songs and films is also increasing rapidly among the people. In such a situation, the fans are very much waiting for Bhojpuri films. Now there is good news for those people. Actually, rowdy hero Prem Singh and actress Tanushree have appeared in front of the audience with their film Pangebaaz. The film Pangebaaz has been released on YouTube. The film is rocking the internet. The pairing of Prem Singh and Tanushree is very much liked by the audience.

There is an item song by Amrapali Dubey in this film, which is a ruckus. The lyrics of the song are ‘Made in Bihar’, in which the fans have become excited after seeing his killer performances. It is being liked a lot. The producer of the film is Himanshu Shekhar Chowdhary. Wherein Ram J Patel has directed the film. The film is a complete package of entertainment. Prem Singh’s character in the film is quite challenging. The film is successful in leaving its indelible mark on the audience. In the song of the film, Prem Singh has mixed the rhythm with the item number of Amrapali.

The story of the film is full of emotion, action, fiction. The audience is getting to see the full package of entertainment in this film. The main actors of the film are Prem Singh, Tanu Shree, Umesh Singh, Anand Mohan, Dharmendra Singh, Mahesh Acharya, Glory Mohanta, Uday Srivastava, Divya Dwivedi, Saheb Laldhari, JP Singh.

Also read- Samantha Ruth Prabhu: Samantha made a big statement after separating from Naga Chaitanya, said – earlier I did not have courage

Bhojpuri star Samar Singh licked everyone by sitting at the paan shop, but why? 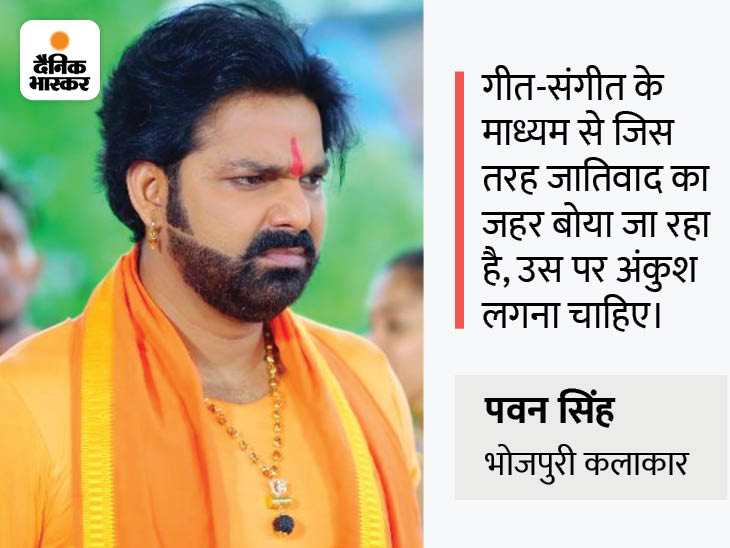 Said- To save the dignity of Bhojpuri, bring a law in the cabinet. Bhojpuri Actor Letter To CM Nitish Kumar In Patna,Bihar Bhaskar Latest News