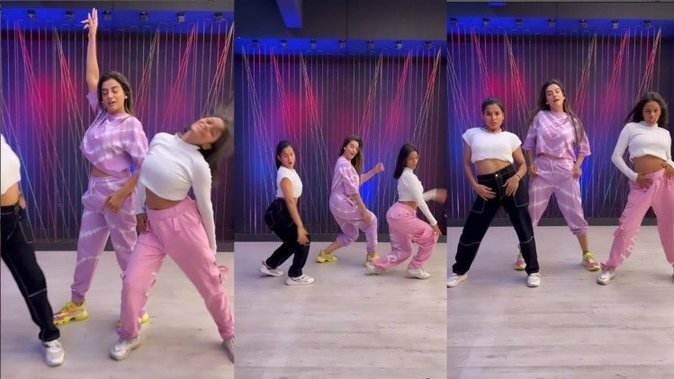 Bhojpuri actress Akshara Singh always remains in the headlines for some reason or the other. Sometimes she comes into the limelight because of her films and sometimes her songs. Recently, he shared a dance video from his Instagram account in which he had a different look. She appeared in a very traditional Marathi style but now she has shared another dance video in which she is once again making fans crazy with her dance.
Dance on the song ‘Crazy Kiya Re’ The latest video shared by Akshara Singh from her Instagram is being liked by the fans. In this video Akshara Singh is seen doing tremendous dance steps. In the video, the actress can be seen dancing to Aishwarya Rai’s song ‘Crazy Kiya Re’.
fans like videoFans are very fond of Akshara’s new video. In just a few hours, about 33 thousand likes have come on this video. Fans are praising her dance in the comment section. One fan wrote, ‘You are looking very beautiful.’ Another user wrote, ‘There are so many actresses in Bhojpuri industry but there is no one like you.’
Recently released songLet us inform that recently Akshara Singh’s new song ‘Ab Kiska Ghar Jalaoge’ has been released, which is being liked by the people. This song has been viewed more than seven and a half million times so far. The lyrics of this song of Akshara have been written by Rishi Gwala. At the same time, it has been decorated by Avinash Jha Ghungroo.

Fight broke out between Khesari Lal and Pawan Singh, know ..

Shilpi and Mahi’s pair came to rock in ‘Black Saree’ Sambhavna Seth Reveals Technicians From The Sets Of Bhojpuri Movies Would Stare At Her; Read Statement

Many Bollywood actresses including Shilpi Raj have become MMS Viral – Know which actresses had to face embarrassment.