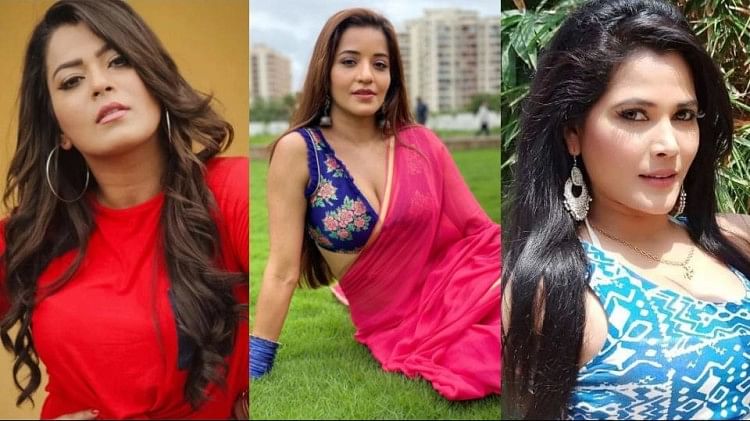 Monalisa is a popular actress of Bhojpuri industry and is now active in the world of TV. Monalisa’s husband Vikrant Singh Rajput is also associated with the film world. Both are counted among the popular couples of the entertainment world. Monalisa and Vikrant got married on 18 January 2017 on the sets of Bigg Boss. The two first met on the sets of Bhojpuri film ‘Dulha Albela’ and it is claimed that Monalisa and Vikrant were in a live-in relationship for 10 years before marriage.

Seema Singh has been the item queen of Bhojpuri industry. Everyone was crazy about his dance. Seema Singh had said goodbye to this industry after doing more than 500 item songs. Seema Singh married Saurav Kumar on 13 March 2019. The two first met during a dance show and Sourav proposed Seema in the same show. Sourav is a businessman and producer.

Bhojpuri actress Akanksha Awasthi married businessman Vivek Kumar in the year 2019. Both had dated each other for some time before marriage. After marriage, Akanksha had told in an interview that she loves Vivek’s simple lifestyle and despite Vivek being from another field, they have great understanding for each other.

Anjana Singh is one of the bold actresses of Bhojpuri industry, who married actor Yash Kumar in the year 2013. The love story of both of them started from the sets of the film ‘Bindaas Saawariya’ and then both got married in the presence of family members. However, their relationship did not last long. In such a situation, Anjana and Yash got divorced with mutual consent. Both have a daughter, who lives with Anjana.