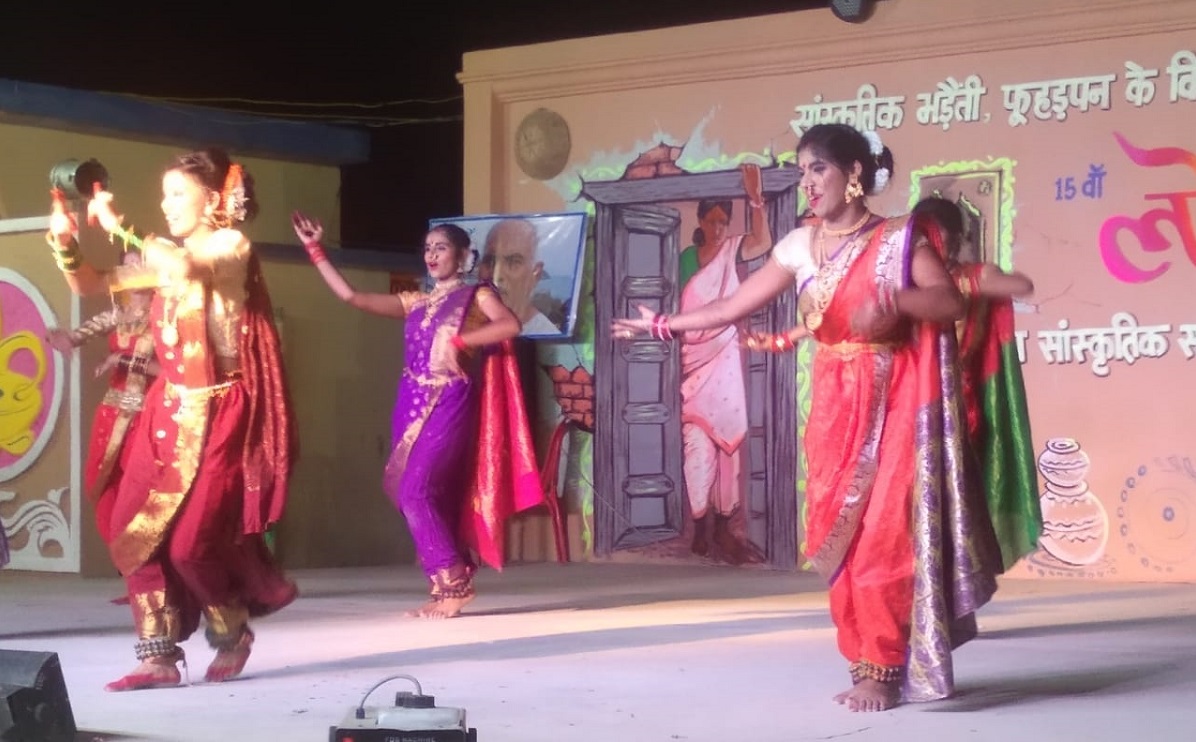 Fazilnagar (Deoria). The two-day Lok Rang Mahotsav began on the evening of April 14 at Jogia Janubi Patti in Kushinagar district of Uttar Pradesh. On the first day of the festival, where our fading folk culture came alive once again in the presentation of folk artists from different parts of the country, folk artists also gave a message that religious unity can be strengthened through mass culture.

Folk artists had started gathering in Jogia Janubipatti for the last several days. Apart from Uttar Pradesh, folk artists from other states including Bihar, Rajasthan, Maharashtra have come here. From the houses to the streets of this village of Bhojpuri soil of Purvanchal, our folk culture is filled with pictures. The work of coloring these pictures has been done by the team of folk art of Azamgarh. These pictures are giving a feeling of the richness of the event to the guests coming here. At eight o’clock in the night, the guests started the festival by releasing the book Lokrang-4.

Through this book, the work of presenting a picture of the tradition of Lokrang as well as its efforts has been done. Except for the two-year tenure of Corona, these events are being organized continuously for fifteen years, which is conceptualized to promote the culture of the people against cultural rhetoric and sloppiness. In this context, the progressive and radical forces of the country continue to participate in the event here.

While inaugurating Lokrang Mahotsav 2022 as the chief guest, Professor Ram Puniyani, a well-known social worker of the country, who came from Mumbai, said that our democratic and cultural values ​​are under constant attack. This is clearly visible in the incidents of communal frenzy. In such a situation, our social and cultural concerns can be the only weapon for us to fight against them while exposing the forces that divide the society. To move forward such events are needed. Which we have to continue continuously in different parts of the country.

Former Chairman of Hindi Department of BHU Varanasi Prof. Chauthiram said that Lokrang Mahotsav, being held for the last fifteen years, has brought a small village prominently on the world map. This effort to enrich the arts of the public with public money is very commendable. This event will work to strengthen the working society. Subhash Chandra Kushwaha, president and organizer of Lokrang Cultural Committee, while expressing his gratitude to all, gave information about his events in detail. He said that our folk art and culture are under constant attack in the Bhojpuri region. For a comprehensive mobilization against this cultural attack, we have to move towards such events. In which only due to the participation of common man, we can save our lost folk arts and culture.

The performance in Lokrang Mahotsav started with the song ‘Khetwa Mein Lagal Ba Kataniya, Piya Palatniya Mein Gaile..’ presented by Matirani Devi and the women of the village. After this, the team of Sankalp Sanstha Ballia, under the direction of Ashish Trivedi, gave heights to Lokrang with the presentation of traditional Bhojpuri folk songs and folk songs. After this, Rajan Gobind Rao, a resident of Farna of Ramkola area, enthralled everyone by presenting the flute. Tal Dance Institute, Bhagalpur brought alive the folk cultures of Bihar by presenting Jhijhiyan, Godna, Jat Jatin folk dance and Domkach dance drama.

At the end of the program, the team of Facilitator Azamgarh presented the play ‘Bodhu Singh Ahir’ directed by Abhishek Pandit and introduced the freedom fighters to the common people and brought their contribution for freedom on the stage. Bodhu Singh Ahir was one of the pioneers of the freedom struggle of 1857. The history of whose struggles is out of sight of the common man. These artists were seen to be successful in sticking it on the minds of the audience present through their acting. Shashikant, Mamta Pandit, Harikesh Maurya, Dr. Alka Singh, Ritesh, Angad, Sandeep, Aditya, Abhishek, Akhilesh, Suraj Kumar etc. acted in this stage. The program was conducted by Professor Dinesh Kushwaha, Chairman, Department of Hindi, Rewa University.

The song ‘Zara Tave Dehiya’ from the film ‘Love Vivah.com’ was released, Amrapali showed her captivating performances with Chintu

Bihar Police is getting Khesari Lal to get dizzy, still no FIR is being registered, pain spread on social media 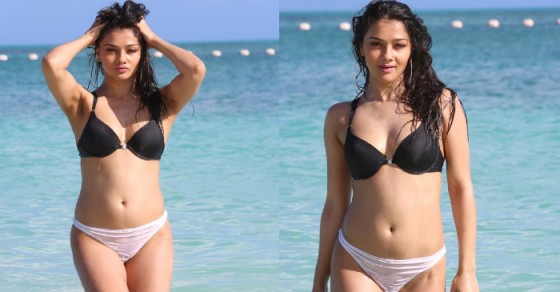 Shweta Mahara wrote a post for Yamini Singh, ‘Happy Birthday Meri Sanam. Our first photo. There was no photo together,

Namrata added maang tika and jhumka with bikini, fans are crazy about the new experiment of the actress